It’s hard enough being a teenager — now imagine that your girlfriend’s father managed to get his entire family banished from the planet and you have no idea where they went — that’s exactly what happened to Caelum Kepler, and why he must leave his home planet… in order to bring her back. 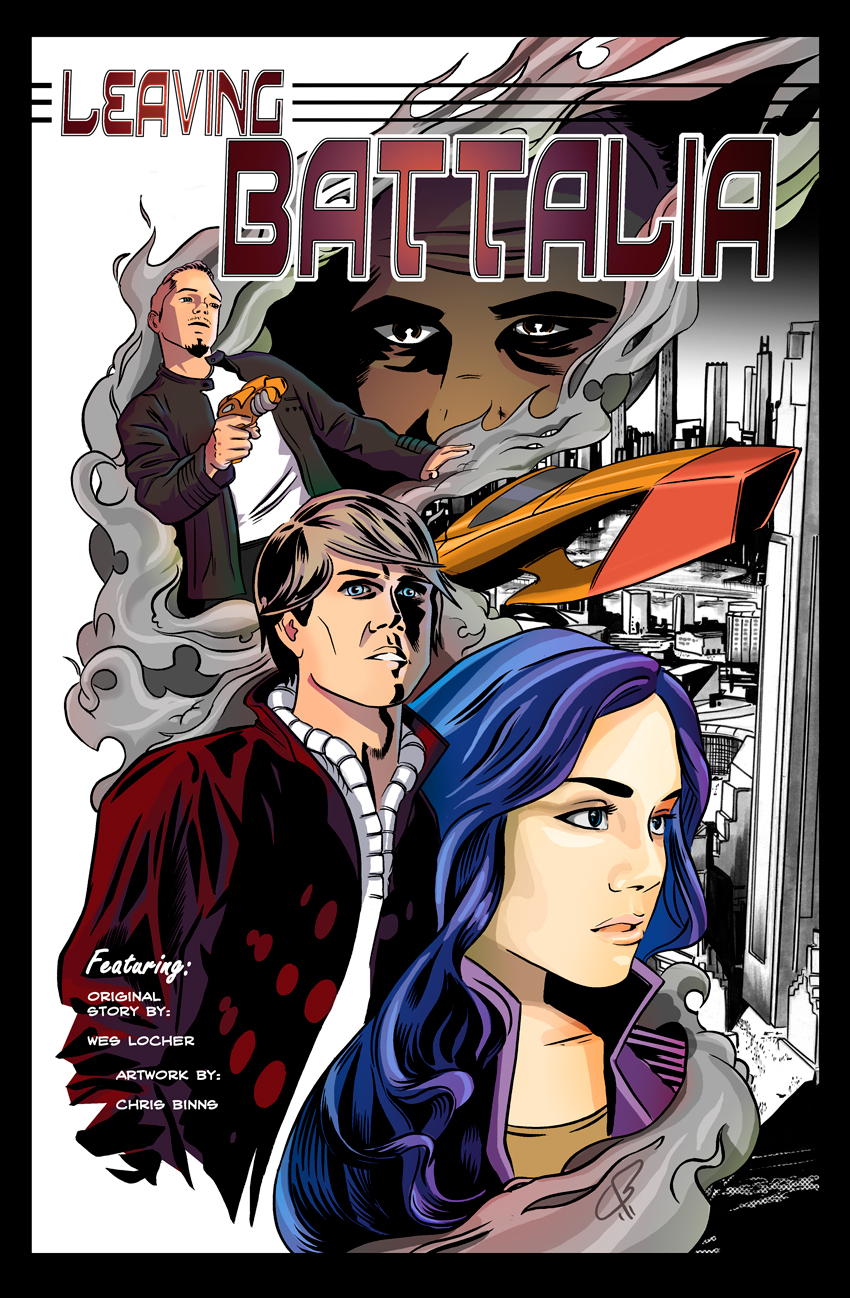 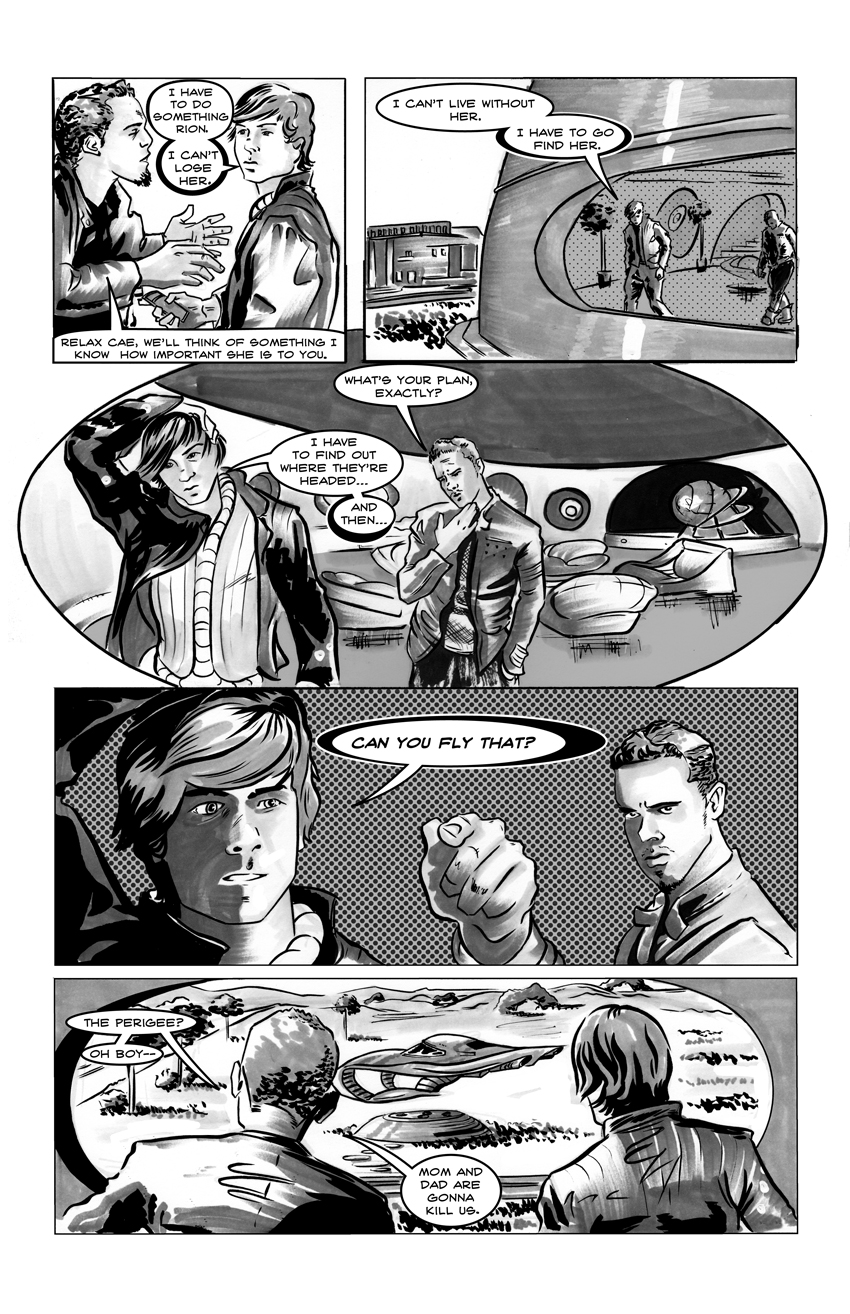 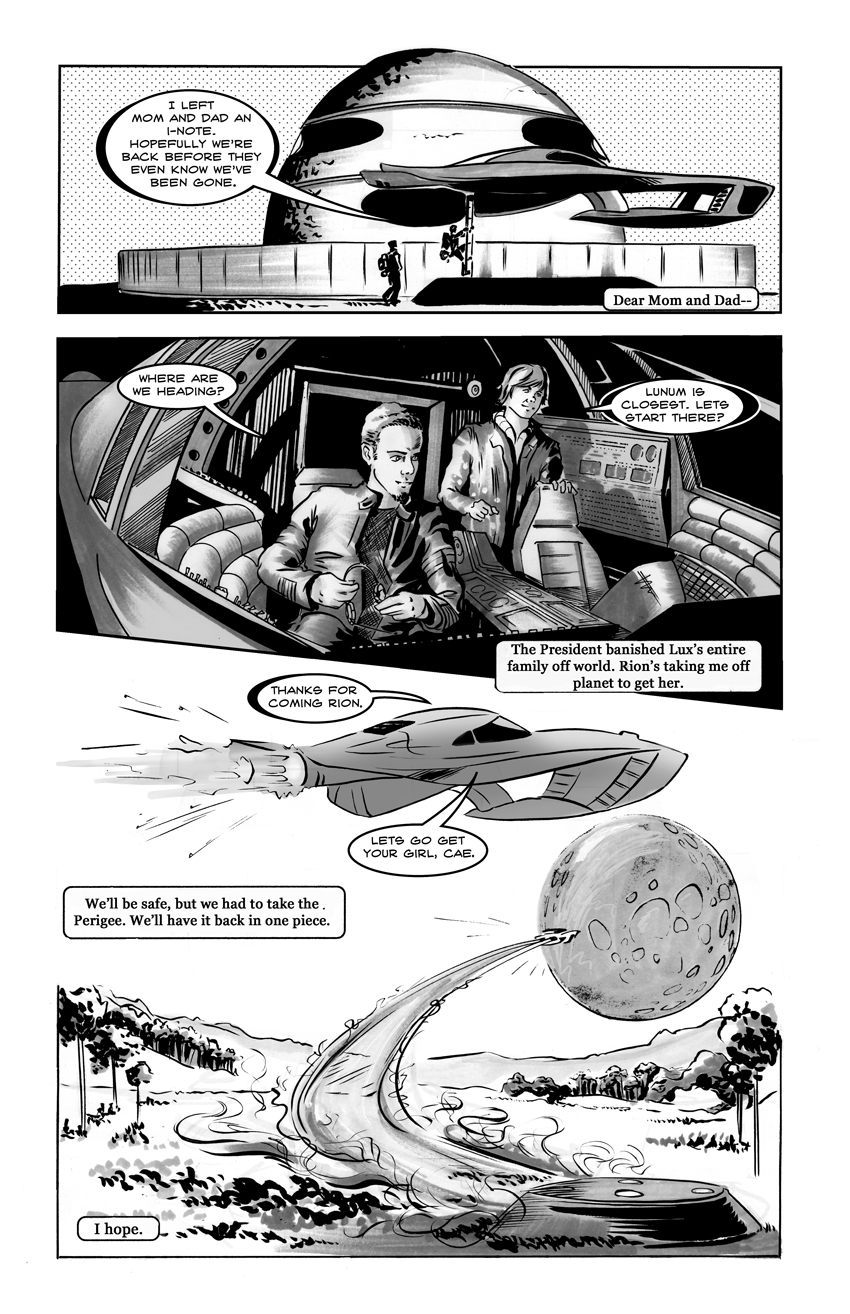 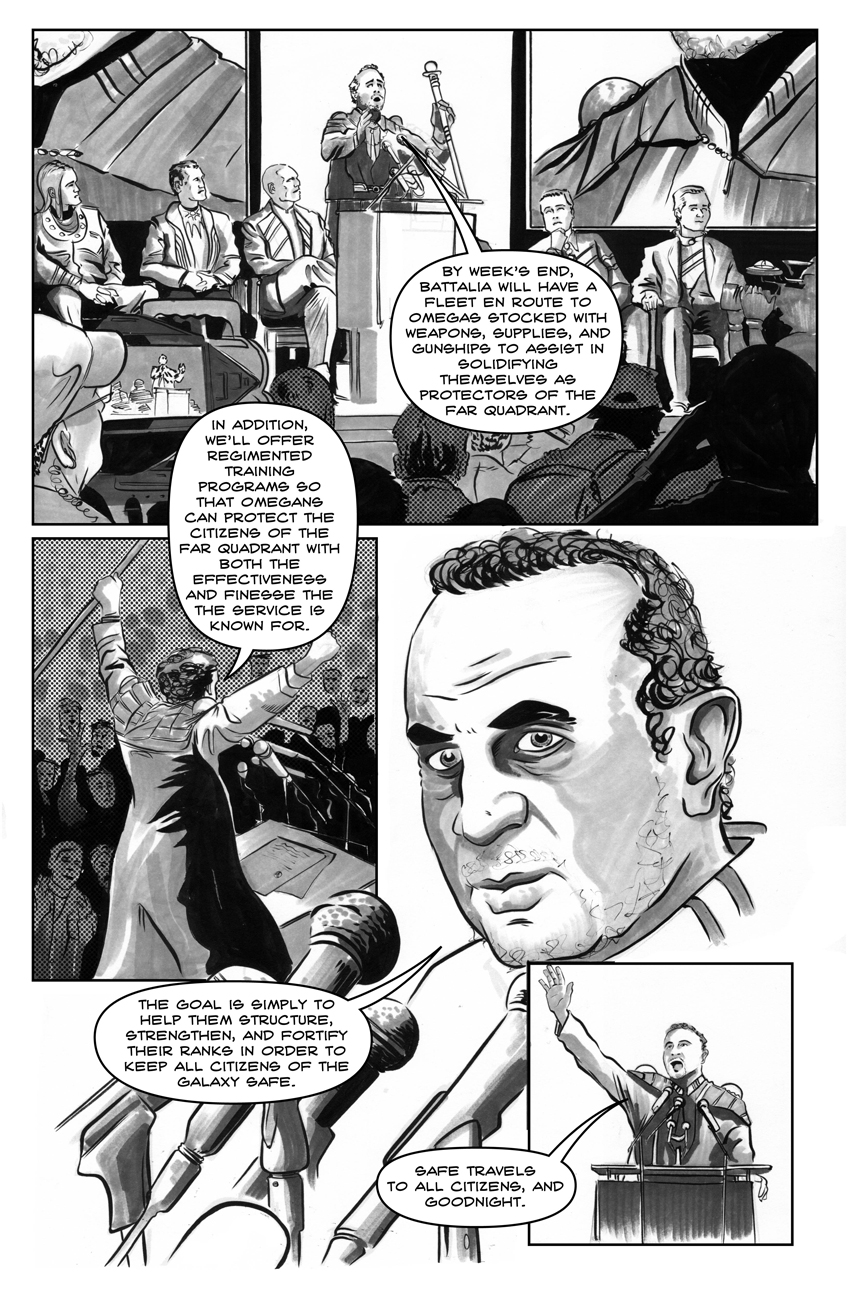 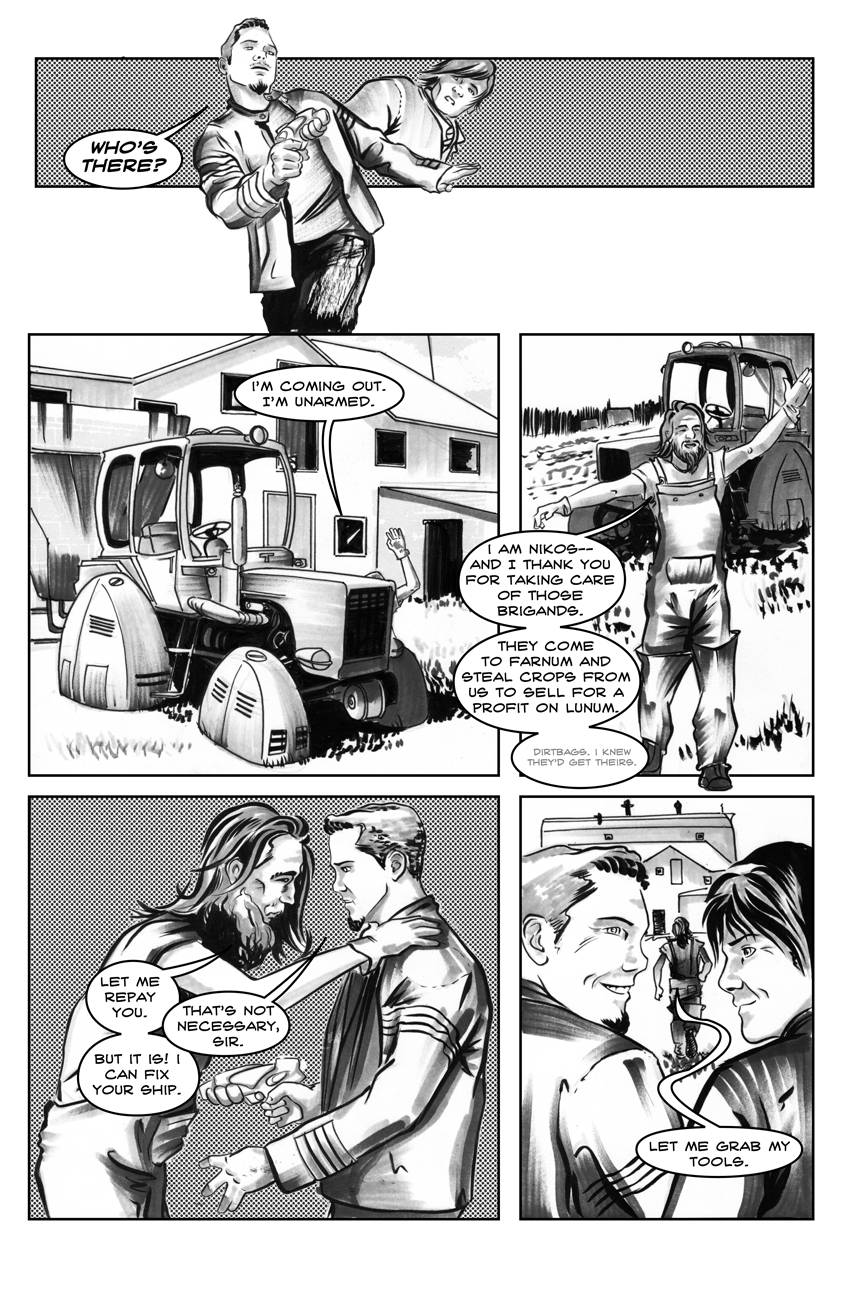 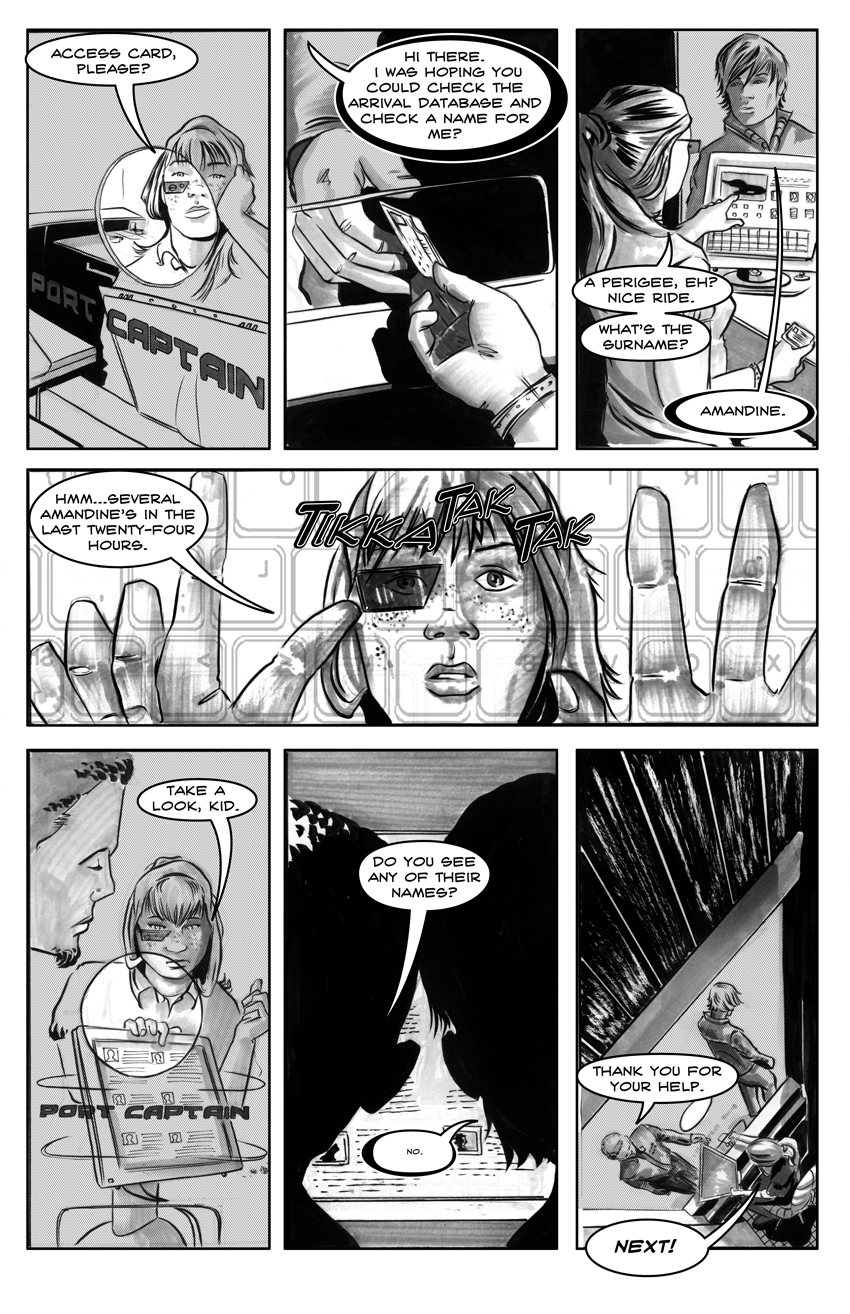 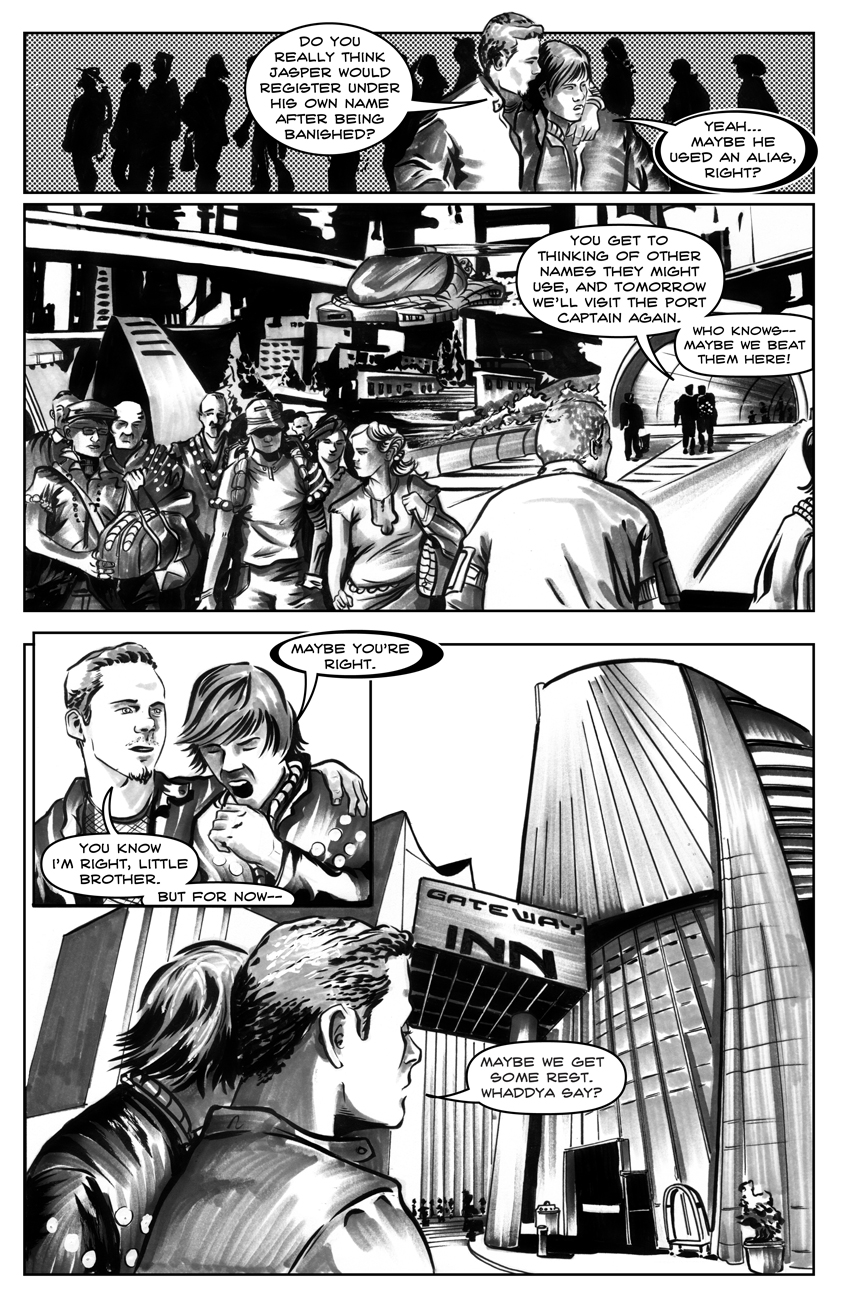 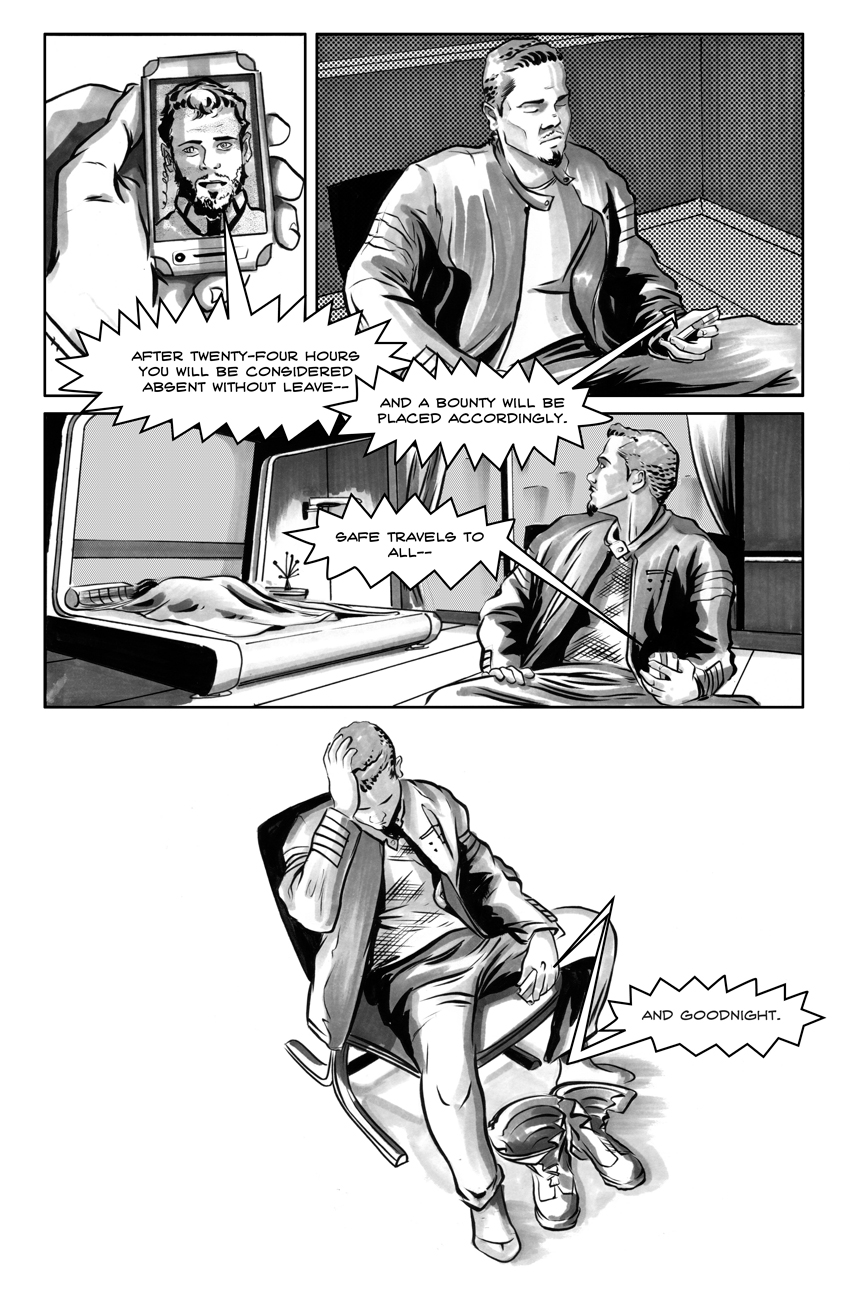 ABOUT THE CREATIVE TEAM

Wes Locher:
Writer | Web: weslocher.com | Email: weslocher@gmail.com
Being the son of an English teacher mother and a journalist father, Wes was doomed to a life of writing before he was able to make the conscious decision for himself. In addition to writing comic books, Wes is also the author of the 2009 collection of humorous essays, Musings on Minutiae. He currently resides in Orlando, Florida.

Chris Binns:
Artist | Web: englishduke.com | Email: englishduke@gmail.com
Five years after being born in Reading, England, Chris was whisked away to Portland Oregon where he remained until 2004, when he decided that he’d like to see more of the country he was born in. He booked a flight to England to stay with relatives for the summer and instead, those months turned into six awesome years. In that time he enrolled at the University of Huddersfield on an Illustration Bachelor’s course and met his girlfriend.  In 2010 Chris graduated with first class honours. Since graduating, he has returned to Portland to tackle his aspiration of becoming a comic book artist and freelance illustrator. Having interned at Periscope Studio working directly with industry superstars Steve Lieber, Ron Randall, David Hahn, Jeff Parker and many more, Chris was fortunate to quickly pick up valuable information that would have otherwise taken a lifetime to learn. He’s now ready to tackle the world of comics, armed with knowledge, skills, creativity, and (hopefully) a lot of luck.