June has been a busy month!

Even though my short comic Monster Day was released last week and the final issue of Unit 44 hits next week, in a strange twist of fate I had  another story hit the digital shelves today! It’s been a busy couple weeks! 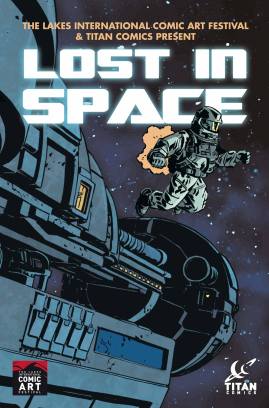 This time out you can grab my 4-page comic Adrift, co-created with artist extraordinaire Alex Diotto for FREE on ComiXology.

Adrift is the lead story in the Titan Comics “Lost in Space” anthology. It features six shorts from up-and-coming talent from around the world and an absolutely awesome cover by artist Sean Phillips!

The winners of the anthology were announced during Lancaster Comics Day 2015 held June 14 in the UK. If you’d like to read the official press release (and learn a bit more about some of the talented people involved) give this link the old clickity click.

This anthology is the culmination of last year’s Titan Comics Undiscovered Talent Competition.

Last year Titan Comics teamed up with the Lakes International Comic Art Festival to search out new talent. Artists, writers and writer/artists were invited to pitch 4-6 completed comics with the theme of (you guessed it) lost in space. The entries were judged first by the Lakes International crew and the finalists were sent on to the editors at Titan Comics for the final decision.

In September 2014 Alex and I learned we had been one of the winning strips, but it’s exciting to finally be able to share it!

What’s it all about? Good question!

After becoming lost in space, two astronauts must stop and ask directions from a group of aliens aboard a nearby warship.

Grab it on ComiXology! Did I mention it’s FREE? Probably!

Do I know how long it will be available for free? No I do not!

Click here or on the cover above to get it!