It all ends tomorrow.

The final issue of my crime-fiction comic book CHAMBERS, with Kristian Rossi and Kefas Armando, will hit ComiXology and bring the 4-issue miniseries to a close.

To commemorate this landmark in my career, I’ve been releasing Chambers-themed pin-ups every few days to show you the characters through other artist’s eyes. Previously, I’ve shared the work of Jasen Rosselot, Shaun Ramkissoon and Kelly Williams and today I reveal great piece from Eduardo Jimenez, my artistic collaborator on the upcoming sci-fi/comedy comic, UNIT 44, which we recently funded via Kickstarter.

I appreciate the roster of talented artists who contributed to building on the Chambers universe and I really hope you’ll give the book a read! Enjoy crime? Detectives? Shoot-outs? Hopelessness? This will be right up your alley.

Chambers is published through Arcana Studio and the first three issues are available digitally through ComiXology for $1.99 each. Just $6 gets you all caught up for the finale! 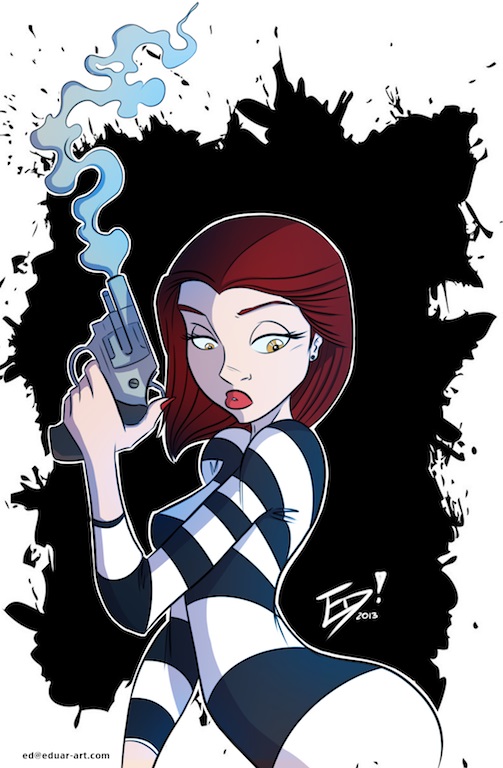